Mr. Micah Simoneaux is entering his 11th year in science education and 5th year at Belle Chasse High School as an educator of Anatomy and Physiology I, Chemistry, AP Biology, and Biology II. Mr. Simoneaux has also taught courses in Earth Science, Environmental Science, Biology, Biology Honors, and participated in Southeastern Louisiana University’s Biology Dual Enrollment program. At his former school, Mr. Simoneaux was nominated by his peers and the recipient of the Teacher of the Year award for the 2015-2016 school year.

Mr. Simoneaux is a graduate of the University of New Orleans where his studies focused primarily on Secondary Education, Biology, and English. When not in the classroom or coaching. Mr. Simoneaux enjoys spending time with his family and playing Pokémon Go with his two daughters. 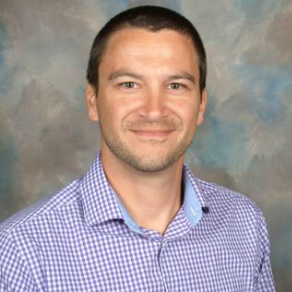