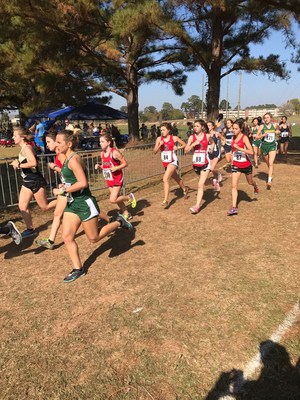 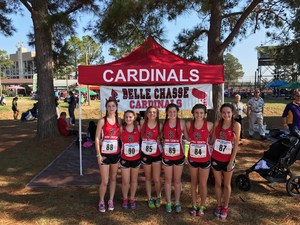 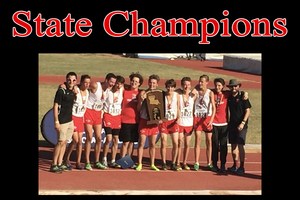 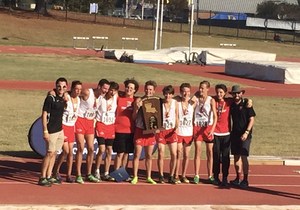 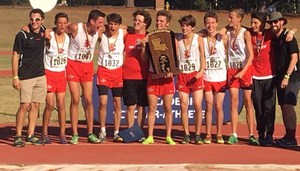 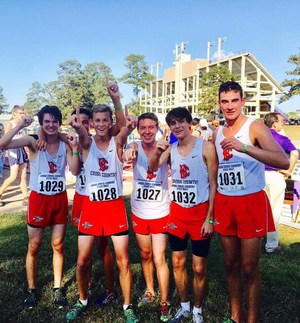 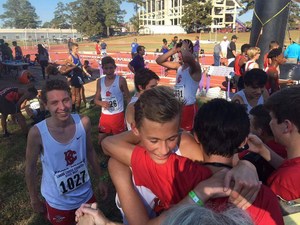 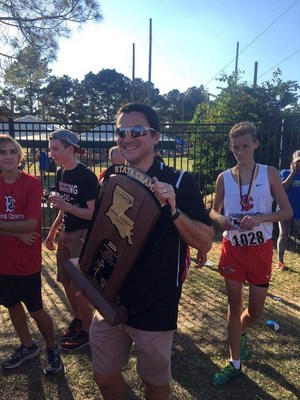 Congratulations to the boys Cross Country team on winning the 2016 State Championship!!

Perseverance - steadfastness in doing something despite tremendous difficulty in achieving success. This would be the defining word that would exemplify the efforts put forth by the Belle Chasse High School Boys Cross Country team as they sprinted from the start line as the gun signaled the start of the 4A State Championship Race. Kyle Merchant stayed true to his commanding front-running style with Alex Melcer on his shoulder as the duo came through the first mile in five minutes and thirteen seconds with both sitting in 9th and 10th place, respectively. It was through the second mile the team would strike as they began to dig in and push their competitors to their limits. Knowing what he had to do to secure his team’s podium spot, Denim Reeves began a sustained drive through the final mile of the three mile race to pass as many people as possible. Alex Sucato would begin his assault on the menacing hills of Natchitoches, passing competitor after competitor. And Paul Mantzel, the team’s fifth and final scoring runner would have the race of his life. Not leaving it to chance, Paul would separate himself from his competition as well, placing seven seconds ahead of the fifth runner for the St. Michael’s Warriors, last year’s defending champions and clear favorite to win the race. In the end, it was Denim Reeves who would be the team’s top runner in 9th place, followed by Alex Melcer in 11th place, Kyle Merchant in 19th place, Alex Sucato in 25th place, Paul Mantzel in 31st place, Jace Zeigler, who battled injuries for most of the season, in 42nd place, and Hunter Breland, who missed 6 weeks of training but earned his spot on the state team, in 90th place. The Cardinals would score 90 points to St. Michael’s 92 points, an extremely narrow margin of victory against a team that had been far superior to us throughout the season, but it was through perseverance and belief in each other that these seven runners were able to achieve the highest honor in athletic competition. You deserved it. You worked for it. You earned it. Congratulations on a stellar cross country season.